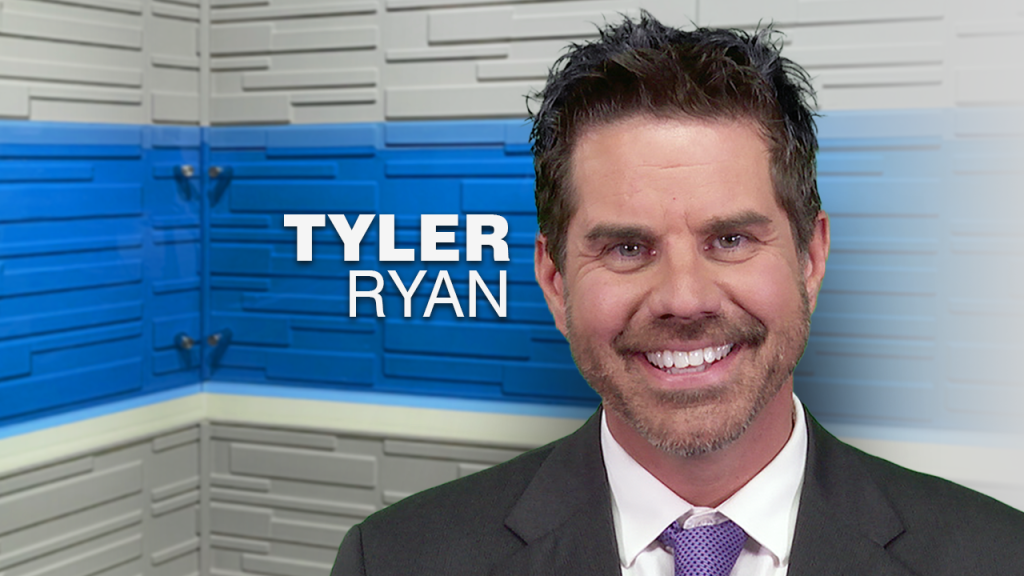 In 2006, Tyler joined the Fox affiliate, WACH-TV, in Columbia as a weatherman, which led him to anchoring and hosting, as well as serving as the Executive Producer for Good Day Columbia many years.  While at Fox, Tyler produced many franchise programs, and hosted a cooking competition show, as well as the award winning series “Tyler’s Travels” and “Food Friday,” as well as a full length program focusing on the Basic Training program at Fort Jackson.

Tyler also covered breaking news including the AME shooting in Charleston, the Gabbie Swainson disappearance, as well as several investigative pieces surrounding unsolved crimes, and the dangers of the Internet, and Columbia’s long search for a new Chief of Police.

In 2013, Tyler was honored to be named the South Carolina Broadcasters Association Television Personality of the Year, and several community affairs awards.  Tyler has also been nominated and won several local and regional awards for his media work in both television and radio over the years.

Tyler continues his work in the community, serving as the President of the Eagle Cold Case and Missing Person Institute, The Adam Turner Foundation, and The South Carolina First Responders Memorial, and several other affiliations.

He also is a member of the iHeart media family, sharing his voice as the host of the syndicated radio program Carolina Cares as well as appearing on well over 30 radio stations each week,  podcasts, and launched the Unfinished Files series, working with cold case homicides and missing person cases.

Tyler is very proud to be a part of the ABC Columbia family, and the experience that exists within the station.  Tyler notes that the ABC Columbia Team is a tight group of very experienced journalists and professionals that are second to none.

When not on the air or on stage, Tyler spends much of his time with his dog, Nixon, on Lake Murray, serving as a boat charter Master Captain on Lake Murray.

Please reach out to Tyler with any story ideas or even a weather question!  Plus, you can connect on “the socials.”

This weekend will be a circus at the Jamil Temple

Columbia City Ballet: Romeo and Juliet returns to the Koger

Lexington Police ask drivers to stay clear of 378/Sunset Boulevard until 10 p.m. after accident with injuries