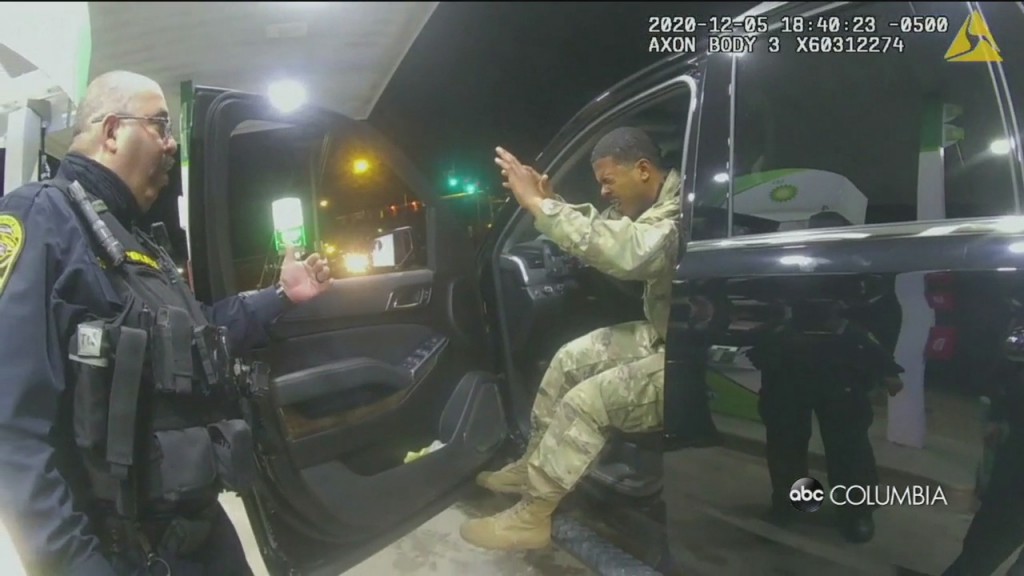 A U.S. Army lieutenant is suing two police officers in Virginia after a traffic stop this past December. The officers reportedly believed the vehicle was missing a license plate, but they were mistaken. Now, in body camera footage, we see those officers point their guns at the driver and repeatedly pepper spray him before pushing him to the ground.

The Richland County Sheriff’s Department is searching for a suspect accused of strong arm robbery before deputies say the suspect fled with stolen items from a clothing store.