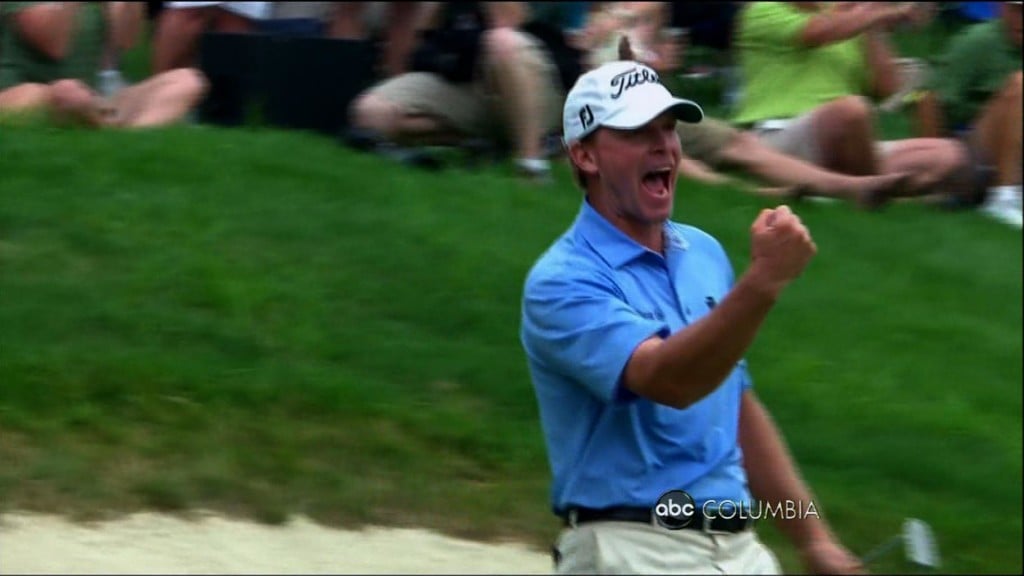 SILVIS, Ill. (AP) — Steve Stricker sank a 25-foot putt from off the 18th green Sunday to win the John Deere Classic for the third straight year. The putt capped a roller coaster afternoon for Stricker, who led by five strokes when he made the turn, fell behind rookie and former Clemson standout Kyle Stanley by two shots on the back nine, then birdied the final two holes to close with a 2-under 69. Stricker became just the 10th different golfer since World War II to win a tournament three straight times. He finished at 22-under 262 to beat Stanley by one stroke. Stanley kept the lead by salvaging par on 17 after sending his tee shot into a grove of trees, but he missed a 9-foot par putt on 18 to open the door for Stricker. His runner-up finish is his best on the PGA Tour and clinches a spot in this week’s British Open. Stanley will join fellow former Tigers Lucas Glover and Jonathan Byrd in the British Open field. Copyright 2011 The Associated Press.