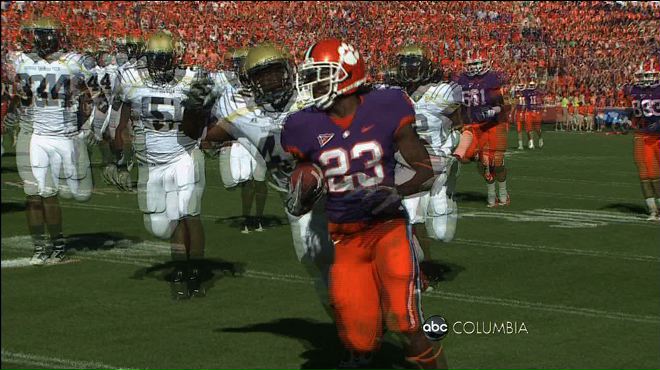 T & D Staff — Hard-running Carolina tailback Marcus Lattimore and speedy Clemson tailback Andre Ellington were both named to the Doak Walker Award Watch List Friday. The award has been given to the nation’s top running back for the last 21 years. Both players were also named to the Maxwell Award Watch List, presented annually to the college player of the year. Lattimore, a bruising back from Byrnes High School, broke South Carolina’s single-season touchdown mark with 17 and set the program’s freshman rushing record with 1,197 yards during his outstanding 2010 season. The unanimous pick for National Freshman of the Year, Lattimore also earned SEC Freshman of the Year honors from the league’s coaches and the Associated Press. A redshirt junior from Berkely High School, Ellington was 10th in the nation in scoring through seven games last year with 12 touchdowns. An explosive back, perhaps his most impressive performance came against eventual national champion Auburn when he rushed for 140 yards on 22 carries. But, a toe injury late in the year effectively ended his 2010 season.