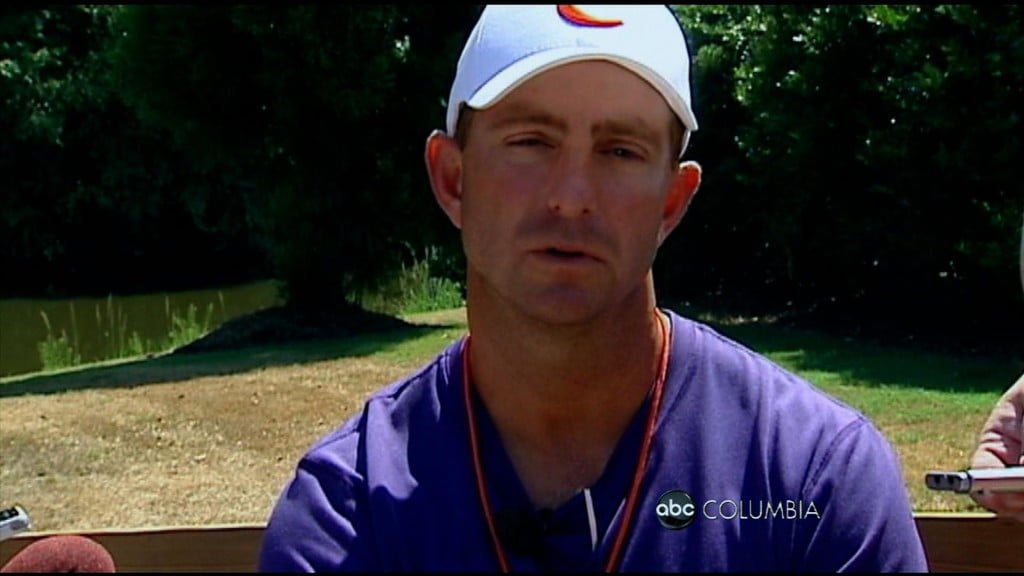 CLEMSON, S.C. (AP) — Clemson center Dalton Freeman says the Tigers have worked hard this preseason to learn the fast-paced offense of new coordinator Chad Morris. The Tigers went from scoring a school record 436 points in 2009 to averaging about a touchdown less last fall in a 6-7 season. That was Clemson’s first losing mark since 1998. Clemson coach Dabo Swinney replaced coordinator Billy Napier with Morris. His offense ranked fifth in yards gained in the Football Bowl Subdivision last year in his only season at Tulsa. Morris hopes to bring the same results to Clemson. Morris wants the Tigers to squeeze off about 85 plays a game. An exhausted, sweaty Freeman said after Wednesday’s scrimmage it could be 100. Freeman says Morris has brought simplicity to Clemson’s schemes. Copyright 2011 The Associated Press.