Clemson Jumps Into Poll At #21 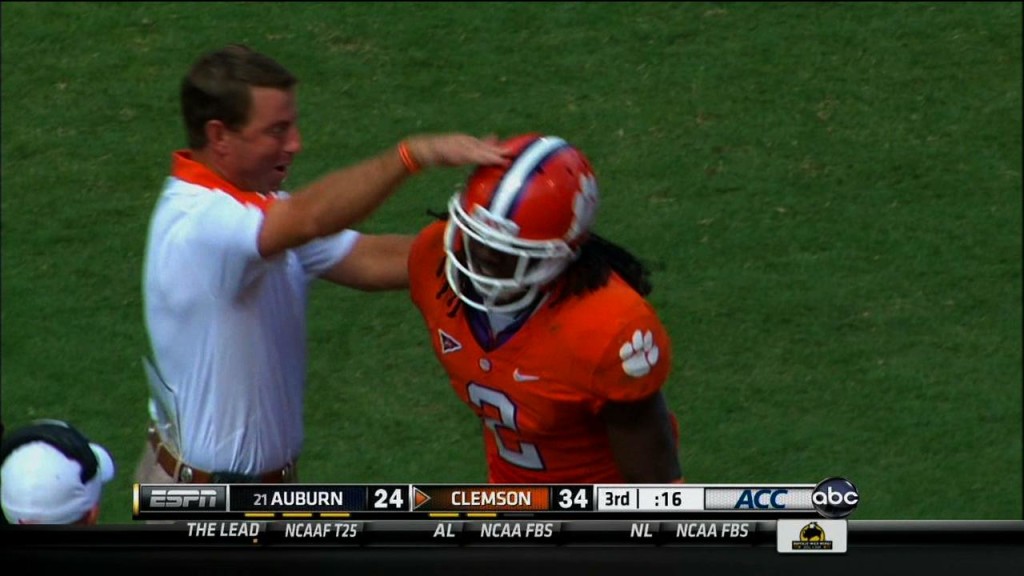 CLEMSON, S.C. (AP) — Clemson coach Dabo Swinney likes what the Tigers did against defending national champion Auburn. He thinks his team is capable of even more. That’s hard to imagine, particularly on offense where Clemson rolled up 624 yards to end Auburn’s 17-game winning streak. But Swinney says his team has won nothing yet, except their first three games. He was excited as anyone in the moments after the game, shrieking in joy on national TV after the clock ran out. The victory was Clemson’s first over Auburn in 15 tries since 1951. Clemson then moved into the national rankings Sunday at No. 21 for the first time since the end of 2009. Swinney said Clemson had too many breakdowns in all phases against Auburn that must be fixed in a hurry. Copyright 2011 The Associated Press.