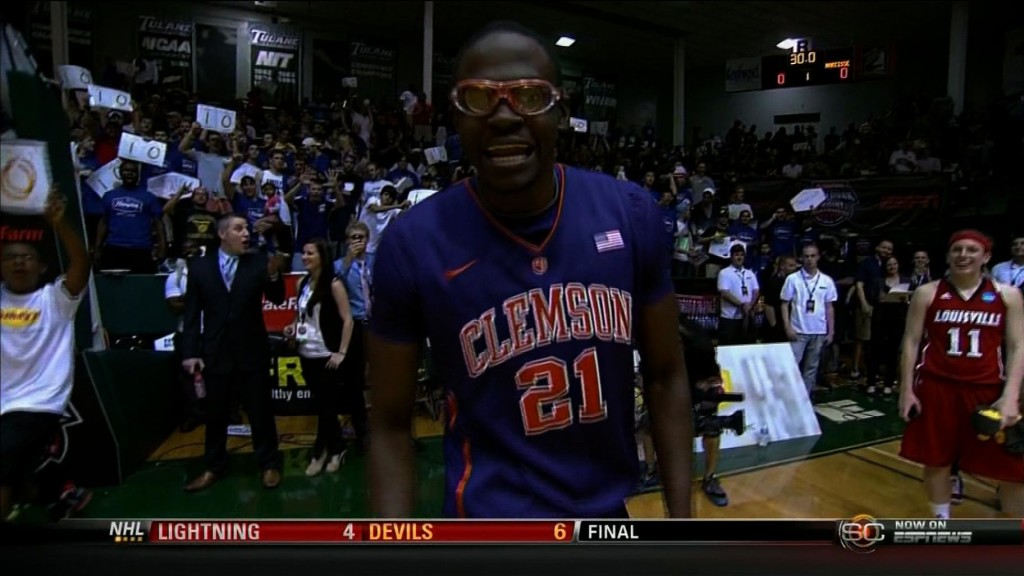 NEW ORLEANS (WOLO) — Clemson’s Bryan Narcisse shined in a State Farm College Dunk Contest to remember Thursday night. The little-known Tiger who averaged just two points in his career came into the contest as an unknown. He introduced himself to the country in the first few seconds of the contest, opening with a between-the-legs off-the-toss throwdown that got fans off their feet. Narcisse capped off the dunk with a post-slam dance. After a tribute to original Dunk Contest winner Larry Nance went awry in his first semifinal dunk, Narcisse rebounded…literally. With a little help from Purdue’s Brittany Rayburn, Narcisse took a toss off the shot clock and once again brought the crowd to its feet with an authoritative windmill jam. He told the ESPN cameras, “I’m not going down without a fight.” Despite putting up a good fight, the North Augusta native Narcisse’s night ended in the semifinals. 5’10” James Justice from NAIA Martin Methodist took this year’s State Farm College Dunk Contest title. USC’s Markeshia Grant also participated in Thursday night’s All-Star festivities. Grant did not advance past the first round of the women’s 3-point contest. She finished with 11 points.