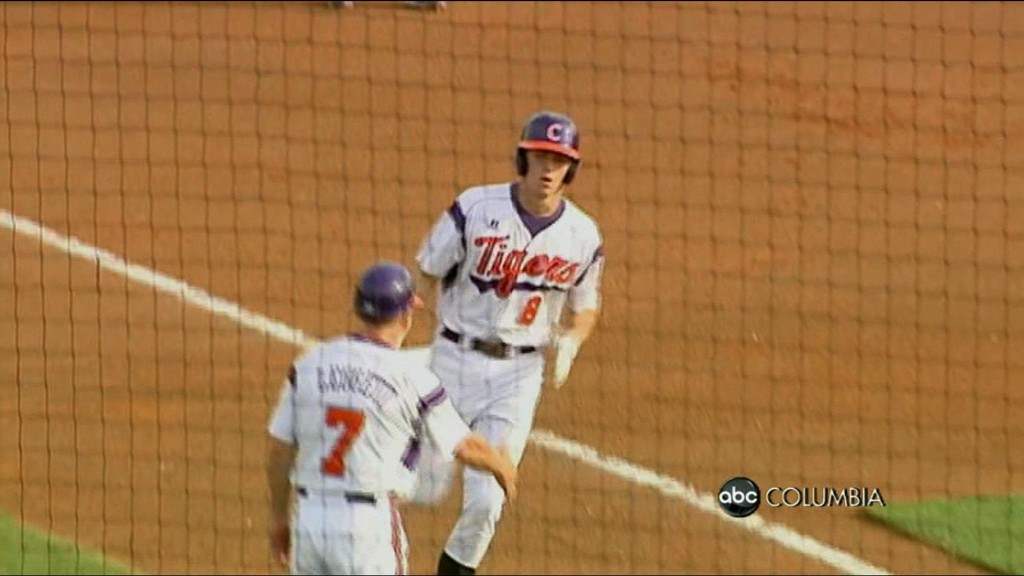 Clemson, S.C. (CU SID) — Four Tigers were named First or Second-Team All-ACC in 2012. Senior designated hitter Phil Pohl and junior third-baseman Richie Shaffer were both named First-Team All-ACC, while junior outfielder Thomas Brittle and sophomore second-baseman Steve Wilkerson were named Second-Team All-ACC. The team was compiled by a vote of the 12 ACC head coaches. Pohl, who was a Second-Team All-ACC pick in 2011, leads the team with 50 RBIs and is hitting .296 with 10 doubles, eight homers, 28 runs, and two steals. Shaffer leads the team with a .344 batting average. Shaffer, who was also a First-Team All-ACC selection in 2011, has totaled 10 homers, 18 doubles, two triples, 45 RBIs, 44 runs, 51 walks, a .470 on-base percentage, and seven steals in 2012. Brittle, who had a 22-game hitting streak during the regular season, is hitting .313 with seven doubles, eight triples, two homers, 33 RBIs, 38 runs, a .400 on-base percentage, and 11 stolen bases along with making many diving and run-saving catches in centerfield. Wilkerson is batting .316 with 12 doubles, three triples, 29 RBIs, 46 runs, and eight steals. Wilkerson has had hitting streaks of 19 games and 15 games in 2012.