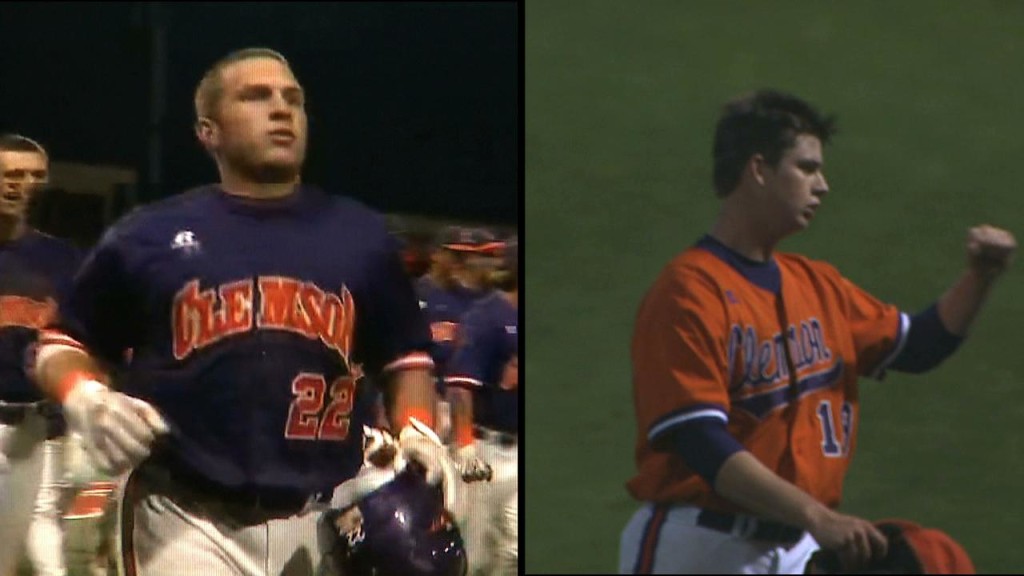 (CU SID) — Junior catcher Spencer Kieboom (Marietta, GA) and junior righthander Kevin Brady (Gaithersburg, MD) were selected on day-two of the Major League Draft on Tuesday. Kieboom was a fifth-round pick ( #174 overall) of the Washington Nationals, while Brady was a 10th-round pick (#338 overall) of the Philadelphia Phillies. They joined corner infielder Richie Shaffer, who was a first-round pick of the Rays on Monday, as the three Tigers chosen on the first two days (rounds 1-10) of the MLB draft. Kieboom is the first-ever Tiger drafted by the Nationals and the first Tiger catcher drafted within the first five rounds since 2004, when catcher Lou Santangelo was a fourth-round pick of the Astros. In 58 games (56 starts) in 2012, Kieboom batted .250 with three homers, seven doubles, 33 RBIs, 25 runs, and 19 walks against only 17 strikeouts. He was one of the best defensive catchers in the ACC in 2012, as he committed only three errors and did not allow a passed ball. In his three-year career, the Johnny Bench Award Watch List member is hitting .265 with four homers, 22 doubles, 74 RBIs, 57 runs, 47 walks against only 37 strikeouts, and a .993 fielding percentage in 141 games (120 starts). Brady, who was the last pick on day-two of the draft, was Clemson‘s Friday starter most of the 2012 season. In 63.2 innings pitched over 14 appearances (11 starts), he was 1-3 with a 2.54 ERA and .235 opponents‘ batting average. Brady, who was seventh in the ACC in ERA, allowed 54 hits and 24 walks with 62 strikeouts. In his four active seasons at Clemson, Brady is 4-3 with a 3.27 ERA and .255 opponents‘ batting average in 135.0 innings pitched over 50 appearances (19 starts). He has totaled 148 strikeouts and has a 9.87 strikeouts-per-nine-innings-pitched mark, fifth-best in Clemson history. His 3.89 strikeout-to-walk ratio in his career is third-best in Tiger history as well. The 2012 MLB draft will conclude with the final 30 rounds (11-40) on Wednesday.