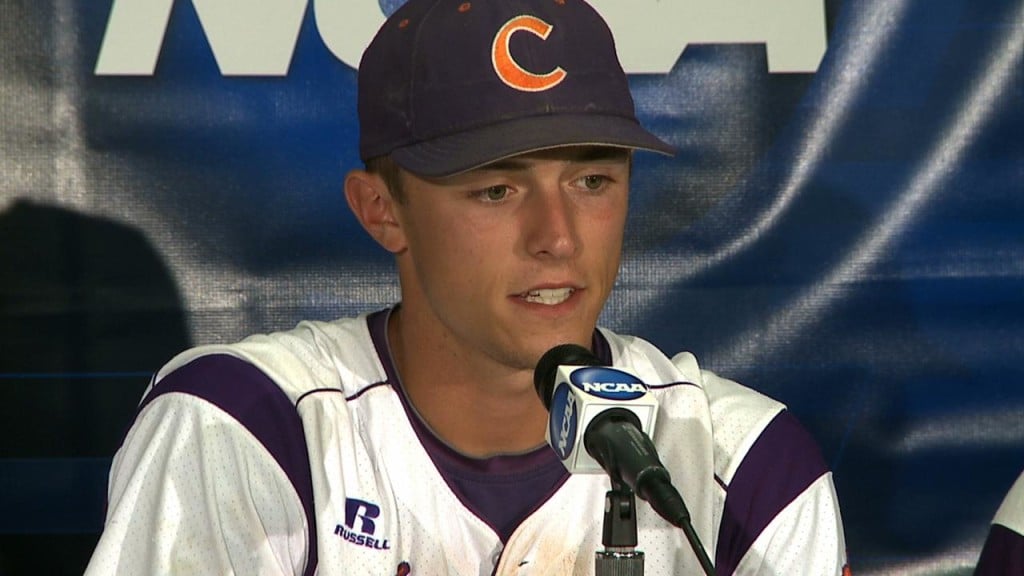 (CU SID) — Junior corner infielder Richie Shaffer (Charlotte, NC) was selected in the first round of the Major League draft on Monday night. Shaffer was drafted by the Tampa Bay Rays with the #25 overall pick. He became the first-ever Tiger drafted by the Rays. Shaffer became Clemson‘s first first-round draft pick since Kyle Parker was taken with the #26 overall pick by the Colorado Rockies in 2010. Shaffer also became the 15th first-round draft selection in Tiger history. Shaffer, a two-time First-Team All-ACC selection, batted .336 with 10 homers, 21 doubles, two triples, 46 RBIs, 49 runs, 63 walks, a .480 on-base percentage, and eight steals in starting all 63 games in 2012. He either led Clemson or tied for the team lead in batting average, runs, hits, doubles, homers, slugging percentage (.573), walks, and on-base percentage. In his three-year career, Shaffer is hitting .325 with 30 home runs, 47 doubles, four triples, 137 RBIs, 156 runs, 125 walks, a .448 on-base percentage, and 18 stolen bases in 174 games (170 starts). Shaffer played predominantly at first base during his first two years (2010,11) at Clemson before moving over to third base for the 2012 season. In 2012, Shaffer committed only 11 errors and had a .938 fielding percentage. He became the first Tiger in history to be named First-Team All-ACC at two different infield positions over the course of a career.