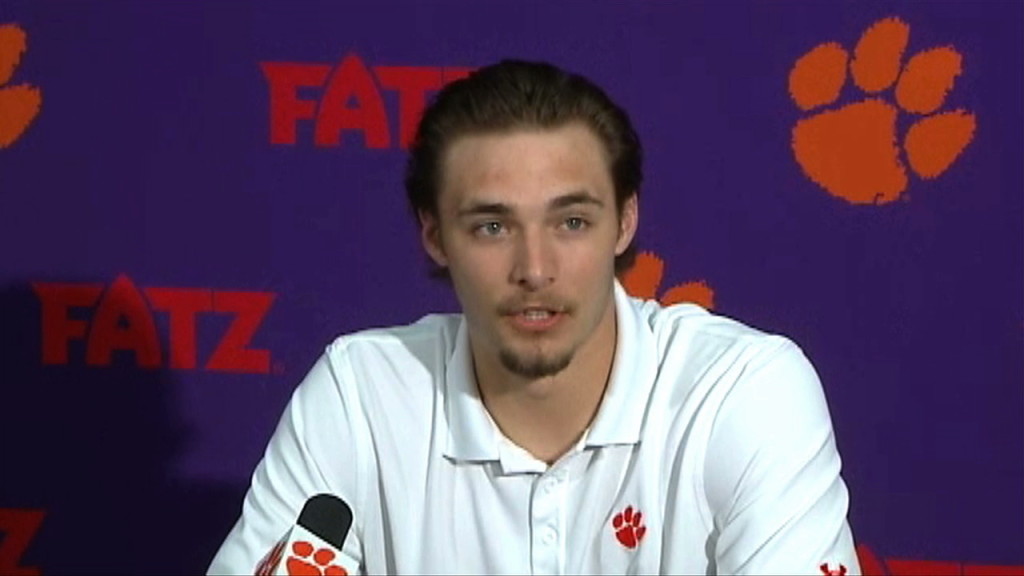 CLEMSON, S.C. (AP) — Clemson offensive coordinator Chad Morris said the 24th-ranked Tigers won’t dial things back with stellar freshman quarterback Deshaun Watson out for the next month. Morris expects backup Cole Stoudt to lead the same fast-paced attack fans have always seen when Clemson (4-2, 3-1 Atlantic Coast Conference) travels to Boston College (4-2, 1-1) this weekend. After Watson was injured last weekend against Louisville, the approach may have been the same but the execution was not. The Tigers, the ACC’s leader in scoring and total offense going into the game, scraped together only 229 yards in a 23-17 victory. Watson broke a bone in a finger on his right, throwing hand in the opening quarter and Stoudt took over. Stoudt said he was confident entering the season as starter and still is.