FBI background checks, which are often used as an indicator of sales trends, hit a record of 3,314,594 in December 2015 and 23.1 million for the year. It was the first month with more than 3 million since the FBI began tracking the data in 1998.

The single highest day was Black Friday (Nov. 27), when the agency processed a record 185,345 firearms background checks, which was consistent with past holiday season spikes.

FBI National Instant Criminal Background Check System (NICS) data does not represent the total number of firearms sold because people can purchase multiple guns with one background check and the data includes background checks for gun permits as well. 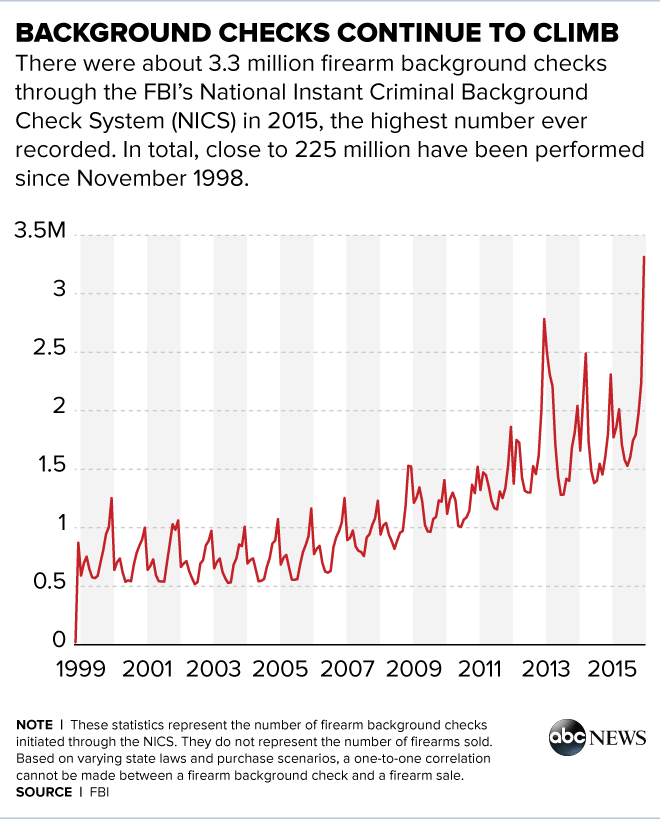 The majority of people banned from purchasing firearms as of the end of 2015, around 6 million, are illegal aliens, according to the FBI. Mental health cases account for around 4 million people on the FBI’s list and around 2 million were convicted of certain crimes. 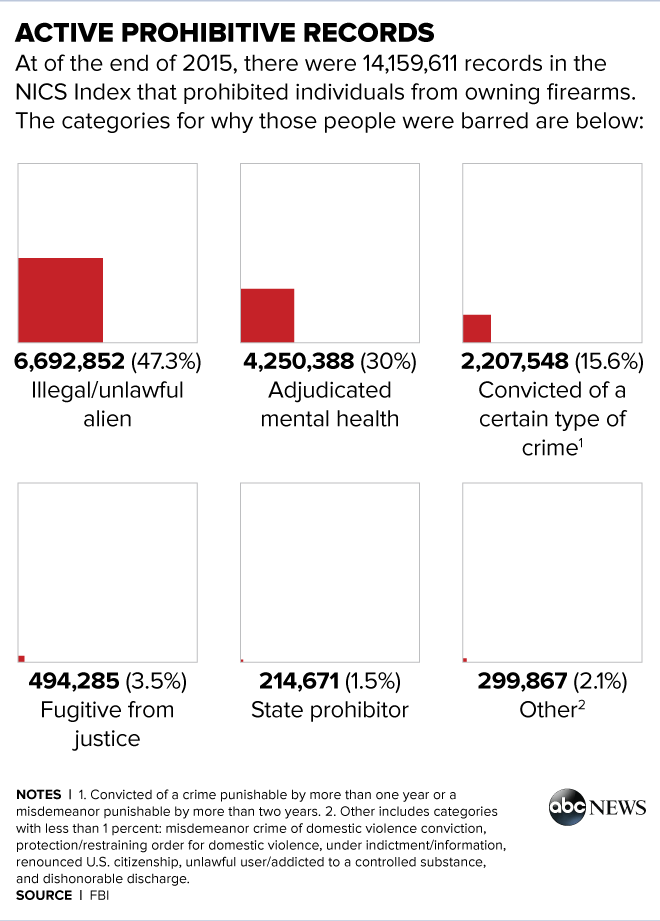 The total number of newguns entering the market in the U.S. has also jumped in the past six years, according to ATF data.

Under both Presidents Bill Clinton and George W. Bush, total new firearms entering the market was around 40 million during the eight years of each administration, according to the Bureau of Alcohol, Tobacco, Firearms and Explosives (ATF) data. While Obama has been in office, nearly 68 million guns have entered commerce and that number is expected to rise when data for 2014 and 2015 is released.

Obama announced yesterday that he issued executive actions including, calling on the ATF to clarify when gun sellers need to be licensed, instructing the attorney general to send a letter to States highlighting the importance of receiving complete criminal history records and requesting funding for more FBI and ATF agents.

“Until we have a Congress that’s in line with the majority of Americans, there are actions within my legal authority that we can take to help reduce gun violence and save more lives,” said Obama at a press conference today, surrounded by victims of gun violence and their families.

The president’s actions were slammed as ineffective and distracting by Republican lawmakers and pro-gun lobbying groups.

“Ultimately, this executive ‘guidance’ is only a weak gesture — a shell of what the President actually wants. Congress and the American people have repeatedly said ‘no’ to President Obama’s ineffective policies that would infringe on the Second Amendment,” said House Majority Leader Kevin McCarthy (R-Calif.)