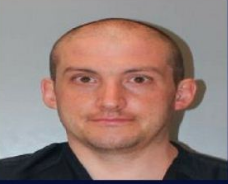 COLUMBIA, SC (WOLO)- A drunk man was arrested Saturday morning after vandalizing his own car and causing a scene in Five Points, say police.

Michael David Anastasion,42, has been arrested and charged with Public Disorderly Conduct.

An officer said Anastasion appeared to be “grossly intoxicated” and unsteady on his feet when responding to 707 Harden Street just before 1:30am for a public disorderly complaint.

Columbia Police say Anastasion was also seen vandalizing his own vehicle and writing obscenities all over the car.

A combination of those unlawful acts in public attracted a large crowd, according to police.

Anastasion was arrested. While he was in handcuffs, the suspect refused to comply with police commands and fell to the ground, injuring his knees, police say. EMS was called to the scene but the suspect refused medical treatment before going to jail.