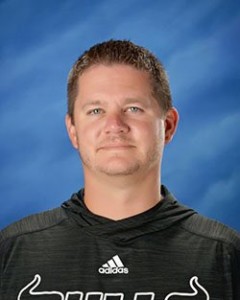 BLYTHEWOOD, SC — The Richland District Two School Board voted Tuesday to approve Jason Seidel as the new head football coach at Blythewood High School. Seidel takes over the Blythewood program after serving as head coach at Hickory Ridge (NC) High School for the past two seasons.

Seidel, a native of Red Hook, New York, comes to Blythewood after leading the Hickory Ridge Bulls to a 23-6 record over the past two seasons. Seidel served as an assistant coach at several schools before earning his first head coaching job at Hickory Ridge. Seidel is no stranger to high school football and athletics, having played for his father, Andy, at Red Hook (NY) High School. His father served as the school’s athletic director for more than 30 years before retiring.

Seidel and his wife, Samantha, have a two-year old son, Drew. Seidel will teach in the Blythewood Physical Education Department.

“We are very pleased to welcome Coach Seidel and his family to the Bengal family,” said Blythewood athletic director Barry Mizzell. “We’re excited about the energy and enthusiasm Coach Seidel will bring to Blythewood High School and are looking forward to the many outstanding contributions he and his staff will make to Bengal Nation. We’re very fortunate to have Coach Seidel leading our program on the field, in the classroom, and in the town of Blythewood.”

Seidel will meet with his new players today during the school day. The Blythewood Athletic department will schedule a time for the community to meet Coach Seidel at a later date.

Information from a press release was used in the writing of this article.