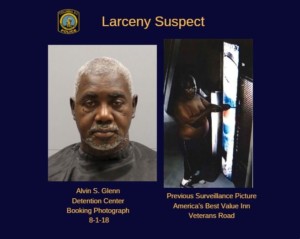 Columbia, SC (WOLO) — Take a good look. The Columbia Police Department is hoping you can help them locate John Lee Dawkins accused of breaking into vending machines to steal money for a second time.

Authorities say Dawkins was out on bond after he was charged with breaking into three vending machines in July stealing money and leaving behind thousands of dollars worth of damage.

Columbia police say it appears Dawkins has struck again. This time allegedly breaking into a vending machine at the America’s Best Value Inn in the 100 block of Veterans Road the morning of October 7th. If you know where Dawkins might be authorities are asking you to contact them anonymously by calling crimestoppers at 1888-CRIME-SC.

Biden calls on Congress to head off potential rail strike