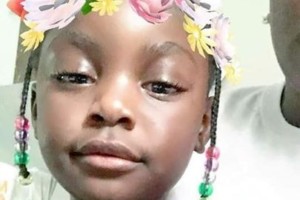 Sumter, SC (WOLO) — According to Sumter County Coroner, Coroner Baker EMS responded to the Econo Lodge in the 200 block of N. Washington Street around 6 p.m. Saturday June 1st, 2019. Baker says once officials arrived the little girl was unconscious and transported to Prisma Health Toumey Hospital where she was pronounced dead an hour later (7 p.m.).

Family members have identified the child as 5-year-old Faith Gilmore.  One family member we spoke with by phone went on to say that it was a 10-year-old girl, also in the pool who pulled Faith out of the water after realizing she had been under the water for several minutes.

According to this same relative, the family did not have life insurance and are in need of help for burial costs.

If you would like to assist the family you can do so by going to the GoFundMe link provided here: https://www.gofundme.com/faith039s-home-going-cost

Coroner Baker says an autopsy was preformed on Faith Tuesday June 4th at MUSC in Charleston. The results are pending as are the results of a toxicology report. Until that has been released Coroner Baker could not definitively say what the cause of death was. However, Baker did indicate that preliminary results appear that the incident was accidental in nature.

No further information has been released as to possible charges. Authorities tell us Detectives with the Sumter Police Department continue investigating the her drowning.

Stay with ABC Columbia news as we continue to gather more details.