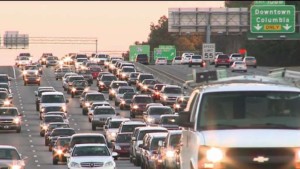 COLUMBIA, SC (WOLO) —  According to a study completed by the company SmartAsset, a closer look at migration patterns show young adults between the ages of 20 and 34 appear to be choosing Columbia, South Carolina as there new home.

According to the report, Columbia saw a net influx of 6,554 millennials in 2017, which is 4.95% of the Capital City’s population and according to the study the biggest increase, percentage wise when compared to all 173 cities that were included in the research.

Overall, there were nearly 13,000 new millennials moving into Columbia and a little more than 6,000 people who decided to move out of the famously hot city, according to Census Bureau data.

Research shows that more millennials are choosing to relocate in part due to issues like, job opportunities, affordable housing, be that renting or owning, and quality of life. Some cities and states, though, are more popular spots for millennials to move to than others, which analysts who conducted the study say could all play factors.

SmartAsset says they used Census Bureau data to pinpoint exactly where millennials are moving. Each investigation looking at immigration and emigration data in all of the more than 170 cities studied.

To see information on SmartAsset,  data sources,  and how they were able to put their findings together to create the final rankings in its entirety,  you can click on the link we’ve provide for you below: