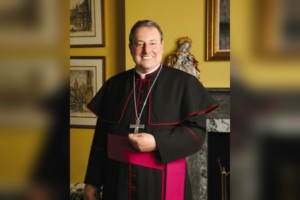 CHARLESTON, SC (WOLO) – The leader of the Catholic Church in South Carolina has responded to a lawsuit accusing him of sexually abusing a minor.

The lawsuit filed in State Court in Nassau County, New York by Timothy Powers, alleges that Bishop Robert Guglielmone sexually abused him in 1978-1979, while serving as a priest at St. Martin of Tours Catholic Church in Amityville, New York, in the Diocese of Rockville Centre.

The Bishop, through his attorneys, denied the allegations saying they are provably false. His attorneys claimed the plaintiff admitted to a family member, he made this up in order to get money from the church saying “it’s worth a try.”

Guglielmone serves as the Bishop of the Diocese of Charleston which includes all of the Catholic churches in the state.

In a release provided by his attorneys, Bishop Guglielmone said, “I understand that this individual filed a lawsuit against me today. The allegations are false. I engaged in no wrongdoing. I look forward to being vindicated in Court…”