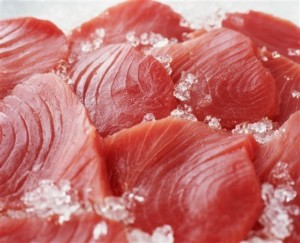 The scombroid poisoning stemmed from yellowfin tuna steaks sold in Kroger stores, the Food and Drug Administration (FDA) said in an alert.

The steaks “may cause scombroid poisoning.”

The FDA became aware of the issue on Sept. 4 and alerted Kroger, which the next day agreed to recall all yellowfin tuna steaks from stores in the aforementioned states.

The company also began notifying customers who bought the steaks to dispose of them or return them to a store.

The FDA is working with Kroger, the distributor, and state and local partners to remove all contaminated product from the market.

The Kroger grocery store didn’t immediately respond to a request for comment and has not issued a statement on the recall.