SUMTER, S.C. (WOLO) — One of three men injured during a gang-related shooting on Sept 9th at the Hop In (Sunoco) in Sumter is now charged with murder, according to the Sumter Police Department. 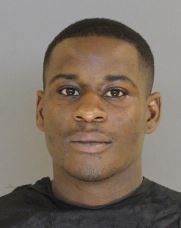 Diontrae Epps, 26, was released from the hospital and now booked at the Sumter County Sheriff’s Office.

Epps is also charged with unlawful carry of a firearm and possession of a weapon during a violent crime.

According to police, Epps is responsible for the killing of 30-year-old Michael Rogers who was struck by gunfire. Rogers was transported to Prisma Health Tuomey Hospital and later died.

Gregory Donta Middleton, 30, also was struck and was pronounced dead at the scene outside of the store.

Two other men, which of whom is recovering from a gunshot wound, were injured.

Police believe a rap video titled “Boost the Murder Rate,” as well as robberies targeting rival gangs led to the shooting at about 1 a.m. at Hop In (Sunoco).

Officers are continuing to identify and arrest individuals associated with these groups who were at the scene. Several have outstanding warrants for unrelated crimes inside and outside of the city.

So far, five men have been identified and placed into custody on unlawful carry of a firearm charges. 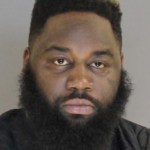 Police are continuing to searching for Keyone McGee, 27, of Sumter who is wanted on an unrelated family court bench warrant.