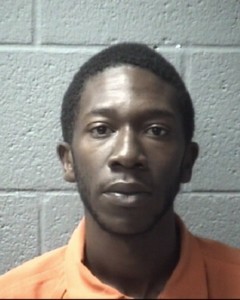 ORANGEBURG CO., S.C. (WOLO) – Orangeburg court officials say a driver has admitted to hitting a state trooper with his vehicle in June and speeding away.

According to the Times & Democrat, Circuit Judge Ed Dickson sentenced him under the Youthful Offender Act not to exceed six years, but the Orangeburg County deputies charges of two counts of attempted murder have been dismissed.

South Carolina Highway Patrol says on June 10, troopers were conducting a traffic checkpoint near Till and Langley roads in Orangeburg County.

Officials say around 11 p.m., a dark-colored Honda initially approached the troopers before stopping, then reversing.

As troopers attempted to get the driver to stop through verbal commands, he placed the vehicle in drive and sped forward, plowing through and striking one trooper.

SC Highway Patrol Trooper Robert Gleich told the court during a hearing that he looked over to his partner lying on the ground as the car sped away, he didn’t know if his partner was dead.

“(Turner) tried to kill both of us that night,” Gleich said.

“He knew he hit me,” SCHP Trooper Micheal Burgess stated, seated in a wheelchair. “I had eye contact as I rolled over the hood.” Burgess stated since that night, he’s been unable to work, drive or do “anything else.”

Turner was picked out of a line up after information was developed as to who drove the vehicle that night.

The car was seized after it was located just over a week after the troopers were hit.

Teenager fatally shot on Osage Avenue has been identified