‘Stay in your homes, lock your doors’ as Kershaw searches for armed robbery suspect 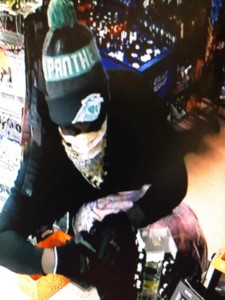 Kershaw Co., SC (WOLO) — The Kershaw County Sheriff’s department is actively searching for person suspected of an armed robbery and are asking residents in The Camden area to stay in doors and secured in their residents. According to authorities, they are actively searching for the man seen in these images following an armed robbery. Authorities say no one was injured in the incident.

Tracking Team members say they lost the subject’s scent after he began heading toward the Black River Road area on foot. Deputies say they were able to find fresh tire tracks which is where they lost the subject’s scent.  At this point they believe the person in the pictures was able to reach a get away car and may have left the area possibly headed toward the  Subject left on foot headed toward Black River Road.

Multiple KCSO deputies are currently investigating as their K-9 tracking team continues canvassing the area for any sign of the suspect. He is described as a black male, 5’6”-5’9”, wearing a mask, possibly dread locks, black sweat shirt, and tennis shoes.

Deputies say if you live in this area you are strongly urged to stay in your home and lock your doors and call 911 if you see anything suspicious in the area.