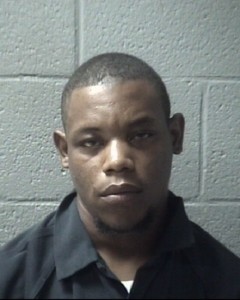 According to deputies, the woman was attending a social gathering over the weekend when the alleged incident occured.

Deputies say several people in attendance reported a sexual battery around 9pm Saturday at a Gospel Hill Court residence. The victim told police she and some friends had been drinking before she fell asleep, but according to an arrest warrant woke up during the act of being sexually assaulted.

According to an incident report, a witness says he saw the incident take place as he walked past the room.

Deputies say when they arrived, witnesses told them Pee was still inside the home but refused to come out from underneath a bed. Authorities turned the bed over and took Pee into custody.

“This victim felt safe in the company in which she was surrounded, they being acquaintances,…“One of these acquaintances apparently felt it OK to take advantage of her after the gathering.”

Monday Pee was in court where bond was set at $45 thousand dollars.