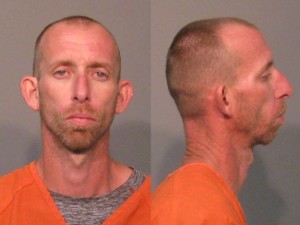 Deputies say they were called to a home in the 22 hundred block of Sawmill Road in Hickory Grove after getting a call that an elderly woman was attack by a pit bull. Authorities say, when they first arrived they were greeted by one of the 14 dogs walking freely in the front yard with blood around its mouth.

The victim, 70 year old Mary Christine Hardin was discovered lying on the ground with a major laceration to her leg. According to officials a passerby, who happened to be a nurse stopped to help by tying a tourniquet around the wound and waiting until EMS arrived.

While investigating that case, arriving deputies say they noticed what they described as an ‘animal fighting pit’, According to arrest warrants obtained by ABC Columbia News also found 11 pit bulls found chained on the property, which officials say is illegal according to the York County Animal Restraint Law. The arrest warrant goes on to say that deputies also found 8 dogs without proper water, 6 female dogs in violation of the York County Spay ordinance, 12 without proper shelter, and 12 that did not have proof of rabies shots.

Deputies say they later determined the 14 dogs were being housed on two adjacent properties. The suspects’ aunt living in one home on Sawmill and the suspect according to authorities residing in a camper nearby, both properties owned by the attacked victim.

Animal Control removed and then examined all of the dogs. Faulkenberry faces 58 charges, including 8 counts of Ill Treatment of Animals, 8 counts of Inadequate Water, 1 count of Dog Fighting, and a slew of York County code violations.