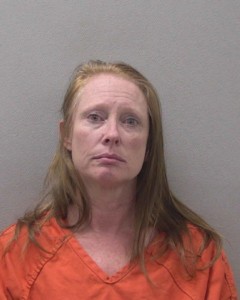 PELION,SC (WOLO)- A Pelion woman has been arrested and charged in connection to a bomb threat call to a local elementary school.

Felissa Connelley is being charged with threatening the use of weapons of mass destruction.

On December 13, 2019 a bomb threat call was received at Forts Pond Elementary School.

Pelion police say Connelley said that “there is a bomb in the school” twice to a school employee who took the call.

The school was safely evacuated of all students and faculty; three other local schools were placed on lock down as a precautionary measure.

The State Law Enforcement Division (SLED) responded to the scene and utilized bomb detecting dogs to clear the school; no devices were found.

Investigators found out that the call was made from a voice over internet protocol (VOIP) line using a phone app.

Officials say several search warrants for electronic records were conducted and the evidence showed that the call was made by Connelley.

Connelley was arrested on January 31,2020 at the Masters Inn on Commerce Drive in Cayce.

She was transported to the Lexington County Detention Center without incident and was
released on a $10,000 bond.