Officials say the investigation into her homicide has begun and local, state and federal partners, will work together to bring this case to a close. @Cayce_DPS

Cayce Public Safety is asking if anyone has any information that would assist in the homicide investigation, the #FayeSwetlik Hotline is still operational and work is ongoing. 1-803-205-4444. #PrayforFaye

Faye disappeared on Monday, February 10th, around 3:45 in the afternoon. 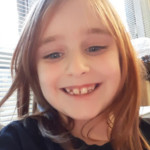 The six-year-old with strawberry-blonde hair, blue eyes and was wearing polka-dot boots and a black t-shirt. She was last seen playing in her front yard after getting off her school bus Monday afternoon in Cayce.

Deputies are still stationed at the entrances to the Churchill Heights subdivision, limiting access to residents and those with a reason to be there.

Our Tim Scott has been on the scene you can follow him for updates https://twitter.com/TimScottTV

Sumter and Cayce to start curfews tonight amid COVID-19 pandemic