ABC Columbia’s Tim Scott is live outside the heights subdivision with what investigators revealed.

Authorities did not reveal if Faye and the man whose body was found nearby in the neighborhood, knew each other or if their deaths are connected.

However, earlier this week, Byron Snellgrove, the Director of Cayce’s Department of Public Safety, said Faye was a girl whose love of life was contagious.

Officials say the investigation into her homicide has begun and local, state and federal partners, will work together to bring this case to a close. @Cayce_DPS

The Faye Swetlik hotline is still open.
If you have any information that could be useful in the murder investigation, Police are asking you to call (803) 205-4444. 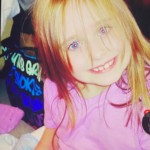