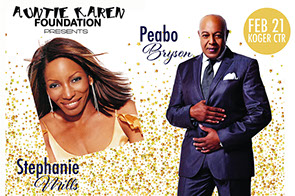 Columbia, SC (WOLO) — It’s an annual event that gives Midlands music lovers a glimpse into the mindset of some of the most legendary musicians during a class. But this is not your typical classroom setting.

During those music classes students were given the ability to speak with musicians, hear more about their individual stories about their careers, and listen to some of their most popular hits up close and personal.

This year, the Auntie Karen Foundation is partnering with Richland One Schools, in concert with the Foundation’s ‘Legends Of..‘ concert series.

Grammy Award winning musician Peabo Bryson, and Singer Stephanie Mills gave two master classes earlier in the day for students to learn the mindset of the musicians,  ask questikns and hear more about the journey’s they’ve taken in their careers.

South Carolina native, Peabo Bryson has made a name for himself in his own right, and collaborated on hit duets with singers Celine Dion, for their hit ‘Beauty and the Beast’ from the movie bearing the same title. Bryson has also worked along side Regina Belle for their hit song ‘A Whole new World’ featured in the Disney classic ‘Aladdin’ to name a few.

Singer Stephanie Mills, organizers say is often referred to as the ‘ Little girl with a big voice’ because of her small stature, but lungs of steel. Mills gained notoriety during her stint on Broadway in the musical ‘The Wiz’ where her rendition of ‘Home’ left many audiences speechless. She went on to record hits including “Never Knew Love Like This Before” and her signature song “Home” from The Wiz. 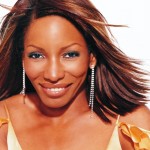 The event will wraps up tonight Friday, February 21st at 8PM when Peabo Bryson and Stephanie Mills hit the stage together for a paid performance at the Koger Center for the Arts, that is open to the public.

For more information or how you can buy tickets, click on the link provided here.