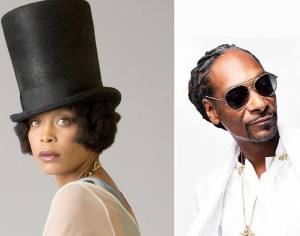 The Grammy award winning artist Erykah Badu is a singer, songwriter, actress known for her popular hits like “Tyrone,”On &On’ and seven hit albums has been said to be known for her soulful sound that created the ‘neo-soul’ form of music in the early 90’s.

With 17 studio albums under his belt and sold has over 35 million albums worldwide.

Catapulted him into a household name. He has toured worldwide and headlined the 2012 Coachella Festival. Snoop Dog’s work has earned him 16 Grammy Awards nominations.

Now both of the hip hop legends are making a stop in Columbia for Mother’s Day for a show at Colonial Life Arena. Doors open at 6PM, the show will begin at 7PM.

Tickets go on sale March 6th, 2020 at 10 AM. For more information visit: ticketmaster.com

Of if you would like more information about premium seating, and or rental space to enjoy the show, Click here

Keep in mind Colonial Life Arena will have their clear bag policy in place, More information about what you can and an not bring into the concert is listed below:

While bags are not encouraged, the following outlines the bags that are permitted:

Prohibited bags include, but are not limited to: