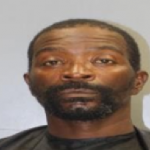 COLUMBIA, S.C. (WOLO) – Columbia Police have arrested a man accused of breaking into a gas station for wine and lottery tickets.

Officials say Freggie Chapman is charged with burglary and larceny.

According to investigators, he’s accused of breaking into an Exxon gas station on Elmwood Avenue and tried to steal wine and an entire case of lottery tickets.

Officers say he couldn’t get the case through the partially broken glass door but kept the wine.

Chapman was taken to the Alvin S. Glenn Detention Center.

One city measures coronavirus spike by focusing on sewer system