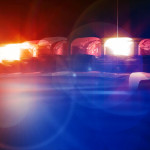 Columbia Police say it happened on July 29 after 9 p.m.

According to investigators, Ramirez was wearing dark, non-reflective clothing while in the roadway unlawfully.

Officials say a Ford Taurus hit Ramirez and stopped at the scene.

Police say they’re looking for another vehicle that hit the victim and left the scene.

The case is under investigation.