Teen charged with murder for fatal shooting at Greenbrier Apartments 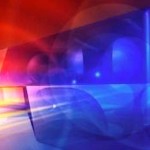 RICHLAND COUNTY, S.C. (WOLO) – Richland County deputies say they have arrested a 16-year-old for a fatal shooting at Greenbrier Apartments.

Authorities say the shooting happened at the apartment complex on Willow Oak Drive on August 20.

According to investigators, deputies were called to the scene of the shooting around 8:30 p.m., and found a male victim with a gunshot wound lying on the ground outside.

Deputies say he later died on scene from his injuries.

Officials say the suspect was arrested August 28 at a friend’s home by the Sheriff’s Fugitive Task Force and SLED agents.

He was taken to the juvenile wing of the Alvin S. Glenn Detention Center.

Orangeburg DPS investigating the death of a two-year-old child