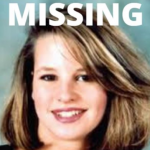 Authorities say the 23-year-old disappeared on September 24, 1992, after attending a U2 concert at Williams-Brice Stadium.

According to investigators, she was last seen with her friends at approximately 2 a.m. at the former Jungle Jim’s in Five Points.

Her family says she couldn’t find her friends as there was a large crowd, and was last seen walking toward the Harden and Greene Street intersection.

Police say at the time of her disappearance, Dinwiddie was 5 feet tall and weighed 98 pounds.

If you have any information on her whereabouts, please submit a tip to Crimestoppers at crimesc.com.