COLUMBIA, SC (WOLO)– The Columbia Police Department says they arrested a man who robbed the Cricket Wireless on Bush River Road on Friday. Investigators say 20-year-old Davian K. Mosley is accused of demanding cash and several cell phones from employees held at gunpoint, before making the employees get into the back of the store while he made his getaway. 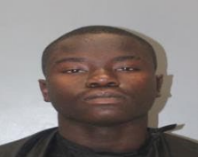 Investigators say witnesses were able to give a detailed description of the suspect and the getaway vehicle, which officers were able to locate and initiate a traffic stop on. Once stopped, officers say they found Mosley in the car with cash in his pockets and backpack as well as numerous cell phones and the handgun used to commit the crime. Police say the handgun came back as stolen from Richland County.

After the traffic stop, officials say Mosley was taken to CPD Headquarters for questioning and was charged with two Counts of armed robbery, two counts of kidnapping, possession of a firearm during a violent crime and possession of a stolen handgun.

CPD: Teen suspected of murder in Capital Heights neighborhood turns himself in