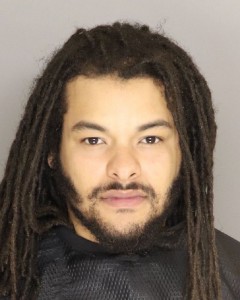 COLUMBIA, SC (WOLO)– According to the Sumter County Sheriff’s Office, a man faces several charges after he was accussed of entering a victim’s residence and taking a cellphone. Deputies say 22-year-old Quasim Malik Capers, along with a co-defendant, entered the victim’s home on Boulevard Road, where Capers pointed a gun and said he would shoot the victim if she left the room.

Authorities say Capers and the co-defendant then searched around the house, broke a TV and took a cellphone.

Investigators say there were three juveniles in the home at the time of the incident, but no injuries were reported.

According to authorities, Capers has been charged with burglary first degree, kidnapping and pointing and presenting a firearm at a person.