Hurricanes Will no Longer be Named After the Greek Alphabet

The World Meteorological Organization’s Hurricane Committee has decided that the Greek alphabet will not be used in future because it creates a distraction from the communication of hazard and storm warnings and is potentially confusing. Instead, a supplemental list of names A-Z (excluding Q, U, X, Y,& Z on the Atlantic list) will be used in lieu of the Greek alphabet when the standard list is exhausted in a given season. Names on the alternate list – https://public.wmo.int/en/media/news/supplemental-list-of-tropical-cyclone-names-raiv – could be retired and replaced, when required, as is done with the standard list.

The Committee also has retired Dorian (2019) and Laura, Eta and Iota (2020) from the 6-year rotating lists of Atlantic tropical cyclone names because of the death and destruction they caused. Here’s the whole article. 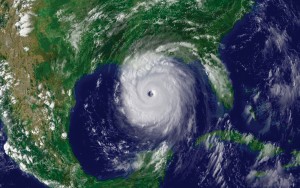