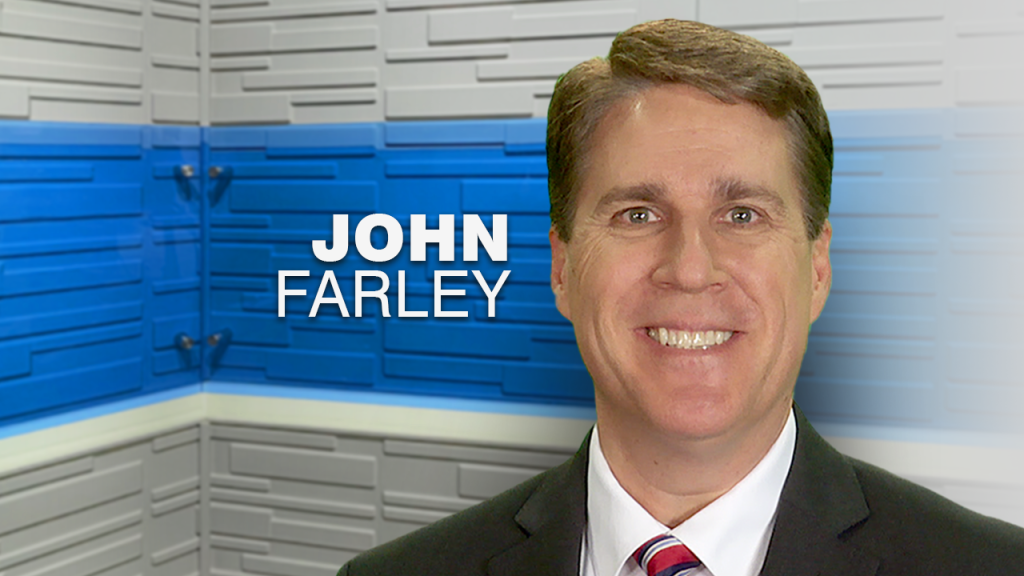 John Farley has worked as a Meteorologist for more than 20 years and is honored to be the Chief Meteorologist for ABC Columbia. He understands the challenges of forecasting the ever-changing weather of the Midlands. That was never more important than on Saturday night October 3rd, when the worst storm of a generation dropped up to 21 inches of rain right here in Columbia. During that storm, John spent the night and following day in continuous coverage, warning viewers of the perils of the flooding. He says, “It’s a period of 36 hours that has left an indelible imprint on me. Seeing our neighbors, whose lives are now changed forever because of the power of this storm, is very impacting.”

While in Graduate School, John worked with a team to create mathematical models that forecast the fog at San Francisco International Airport. His team was given the Excellence in Aviation Award from the FAA in 2002. John Farley is happy to report that the FAA still uses those models today. While in California, John also worked as a consultant for a power company which provides gas & electricity to roughly 16 million people. His responsibilities included temperature, wind, snow, and severe weather forecasting, as well as providing long-term electricity generation forecasts for proposed wind farms.

John loves to talk weather and he has visited with thousands of students over the past 20 years. He lives in Lexington with his wife and three children. They are all thrilled to call the Midlands home.

The war in Ukraine is quickening the transition from fossil fuel to renewables in Europe.  See the chart below, where the green line (wind and solar) is now above the grey and black lines (coal and natural gas).  And that…

On Monday, the temperature in Peter Sinks Utah dropped to 62 degrees below zero.  And it might surprise you to know that this is not the coldest it's ever reached there or even in the lower 48.  The coldest it's…

Large-Scale Battery Storage is Getting a Whole Lot Cheaper

As you may know, one of the big issues with renewable energy is storage.  That is, how do you get electricity when the sun isn't shining or the wind isn't blowing?  The answer is batteries that get charged up when…

Voyager 1 is sending back unexpected data that NASA is having trouble figuring out. "Voyager 1, which was launched in 1977 to study the outer planets of our solar system, has outlasted predictions and continues to relay data back to…

You may hear a lot of folks who oppose green energy (wind, solar, etc.) make the argument that this type of energy is NOT green.  That is, renewable energy requires chemical batteries for use when driving electric cars or storing…