OCSO: Two additional arrests made in connection with October shooting that killed a teen 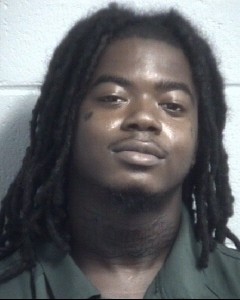 COLUMBIA, SC (WOLO)– The Orangeburg County Sheriff’s Office says they made two additional arrests in connection with an October shooting that left a teen dead.

“I said after the last arrest, this isn’t over,” Sheriff Leroy Ravenell said. “We’re going to keep following each lead until we have everyone in custody who took part or knew about it.”

Officials say a 17-year-old was charged with murder, and 21-year-old Jamarius Singleton has been charged with accessory after the fact of murder.

Read more of ABC Columbia’s coverage of the shooting:

OCSO: 17-year-old charged with the murder of another teen