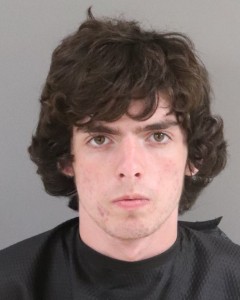 COLUMBIA, SC (WOLO)– According to the Sumter County Sheriff’s Office, a teenager is facing an arson charge after setting a fire in a home on the 2500 block of Old Manning Road. Authorities say the incident occurred on May 29.

According to investigators, the fire was contained to a table inside the residence, but the home suffered damage due to the smoke.

Deputies say they arrested 17-year-old Mark Douglas Hodge Jr. and charged him with arson, second degree. He is currently at the Sumter County Detention Center.