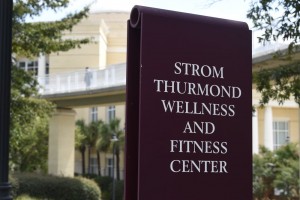 Columbia, S.C. (WOLO)– Friday a University of South Carolina committee released its final report on which buildings it believes should be renamed on the Columbia campus.
According to the report by the Presidential Commission on University History, ten names of buildings and features on campus were recommended for removal including the Strom Thurmond Wellness Center.
The names cannot be removed without approval from the state legislature under a law called the Heritage Act.
Acting University President Harris Pastides says he has no plans to ask the legislature to act on the committee’s recommendations.
For a full look at the report click here.

UofSC will once again require masks inside campus buildings