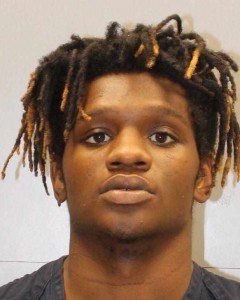 Cayce Department of Public Safety officials say on May 27, 2017, Sergeant Evan Antley and Officer Roy Barr saw a vehicle speeding down Knox Abbott Drive and tried to make a traffic stop when the driver fled, starting a chase.

Authorities say James turned onto a dead end at Gist Street, got out of the stolen vehicle and waited for the officers in a ditch.

According to investigators, James shot at them with a stolen pistol once they spotted him.

Both officers fired back, hitting James, but they suffered non-fatal gunshot wounds.

This means he’ll serve the 20 year state sentence and then the 10 year federal sentence.