COLUMBIA, SC (WOLO)– The Richland County Sheriff’s Department says a woman is charged with accessory, and they are looking for another man accused of a murder that occurred in April.

According to authorities, 24-year-old Ameria Capers was arrested in Lexington Thursday, and she is charged with accessory to murder after the fact. She was booked at the Alvin S. Glenn Detention Center.

Investigators say they are still looking for Sherman Jones, who is wanted for murder and possession of a weapon during a violent crime. 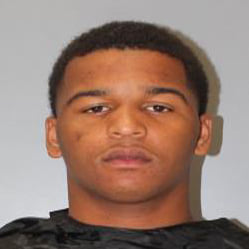 Authorities say these charges stem from a shooting that took place April 13 on Garners Ferry Road. During this incident, authorities say the victim was shot and later died from his injuries at the hospital.

Deputies say Jones may be armed, and you should call 911 if you see him.