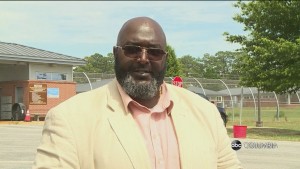 COLUMBIA, S.C. (AP) — Freddie Pough, who resigned under pressure as head of South Carolina’s Office of Juvenile Justice, is returning to state police.

Pough will begin work Nov. 2 as a senior investigator for the State Law Enforcement Division, where he was an investigator before moving to juvenile justice, news outlets reported.

For the most part, Pough will be doing background investigations, division spokesman Tommy Crosby said.

He had been an investigator for more than eight years before becoming inspector general at the Office of Juvenile Justice.

Pough resigned as the officer’s director in September, about five months after a scathing audit and three months after a walkout prompted a no confidence vote by state senators.

Eden Hendrick was named acting director for the Office of Juvenile Justice.

Only one thing mind of South Carolina’s Beamer: Beat Clemson