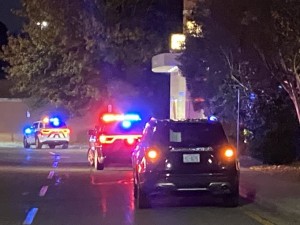 DURHAM, N.C. (AP) – A police chief says three people were shot and wounded Friday during an apparent fight between two groups at a North Carolina mall crowded with shoppers on the day after Thanksgiving. Authorities said in the late afternoon that one person was detained and there was no further threat to the public. Durham Police Chief Patrice Andrews told reporters the shooting happened around 3:20 p.m. inside The Streets at Southpoint mall during a fight between two groups who knew each other. She said one of the victims was a 10-year-old child hit when a bullet ricocheted. She said the child’s wounds did not appear life-threatening. Police didn’t immediately release further information on the conditions of the other two who were shot.