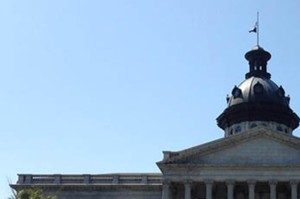 They also say lawmakers are taking too long to approve U.S. House maps. The maps were passed by the Republican-dominated General Assembly earlier this month.

Leaders pointed out they didn’t make significant changes to the districts drawn after the 2010 U.S. Census, which were approved both by judges and federal officials.

Lawmakers hope to finish the U.S. House maps when they return for regular session in mid-January.