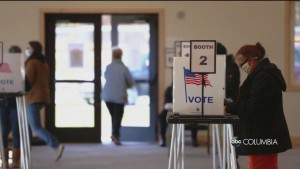 COLUMBIA, S.C. (AP) _  The South Carolina House has unanimously approved allowing two weeks of early voting and other changes to the state election laws. The 114-0 vote on Wednesday brought Democrats and Republicans together on issues that have been contentious in other states. The biggest change in the bill would be to make South Carolina the 45th state to allow anyone to vote outside of Election Day without an excuse. The early voting would be over two weeks with polls open from 8:30 a.m. to 6 p.m. Monday through Saturday. The bill makes voting fraud a felony instead of a misdemeanor.