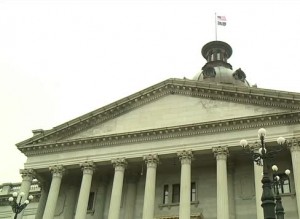 Columbia, S.C. (WOLO)– The bill known by some as the ‘Save Women’s Sports Act’ and by others as an “Anti-transgender bill” passed a second reading late Tuesday evening in the House.
The bill would prohibit transgender girls from participating in girls or women’s sports in high schools and public colleges.
It requires athletes to compete with the gender listed on their birth certificates.
The bill now heads to the Senate.
About a dozen mostly conservative states have passed similar bills.

The passage came after House Democrats issued 1,000 amendments in an attempt to delay a vote on the bill.

Ivy Hill with the SC United for Justice and Equality Coalition says, “We didn’t win today – but I hope that every trans person and ally in South Carolina is taking solace in the knowledge that dozens of elected leaders went to the mat today in the name of transgender dignity. Lawmakers spoke powerfully about the discrimination that trans people already face and the harms of this bill and called out the hypocrisy of anti-trans legislators.”

Supporters of the legislation argue that it protects the integrity of women’s sports by not forcing girls to compete with those who are genetically male.