Could Humans Survive the Loneliness of Space Living

Could humans survive the loneliness of living in space for a long time?  Two men volunteered to be the subjects of this study by living 61 days alone in a very confined space.  Here an excerpt from an article in Earthsky.org.

“In the not-too-distant future, NASA wants to have human habitats on the moon. Though perhaps not as fancy as those depicted in movies and books, they’d be long-term habitats where astronauts and scientists could live and work. Technologically, it should be possible. But what about the effects on our human psyches: our souls, minds and spirits? On April 5, 2022, researchers announced results of a new study related to human isolation in space.

Two men – Sebastian Aristotelis and Karl-Johan Sørensen, both space architects (working on “making space livable”) – lived in an airtight, portable and foldable pod that they themselves designed. They remained in the pod for 61 days beginning in September 2020. To simulate the lunar environment, the pod was placed in northern Greenland, in the Arctic region.” 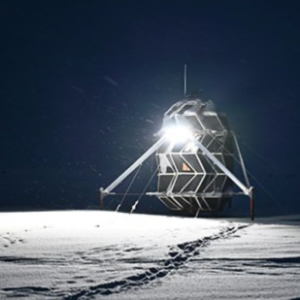