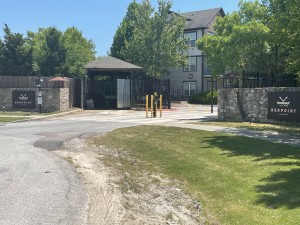 COLUMBIA, SC (WOLO)– The Richland County Sheriff’s Department says deputies are investigating a shooting that took place at the pool of an apartment complex on Southern Drive.

Sunday night around 10:15 p.m., deputies say they responded to Redpoint Columbia apartments for reports of a shooting. Once on the scene, responding deputies say they found a female who had been shot in the upper body. Investigators say she was part of a group of people gathered in the pool area when shots were fired from outside.

She was taken to a hospital for treatment.

If you have any information about this shooting, submit a tip to Crimestoppers at crimesc.com.