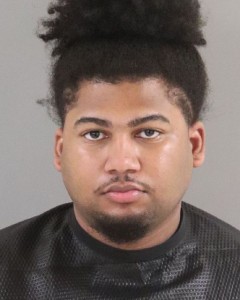 Lionel Kendrick Smith, Jr. was arrested Saturday and charged with two counts of criminal solicitation of a minor and two counts of disseminating, procuring or promoting obscenity, unlawful.

According to investigators, on or about June 5, Smith engaged in sexual conversation with two minors and sent obscene sexual content and nude photos of himself to them.

Police say he knew both victims were under 18 years old and told them to send nude photographs of themselves back to him.

According to police, the victims identified him and evidence was located on Smith’s personal electronic device during a valid search warrant.

He was taken to the Sumter County Detention Center but was released after a bond hearing on Sunday.